Owner: Jalt Holdings LLC
This five-bedroom asymmetrical Second Empire home was built in the late 1800s and owned by Dr. Edward C. Mills, a dentist and University of Michigan graduate, and his wife, Nellie. The home stayed in the Mills family through the 1940s. It is textbook Second Empire style with a concave mansard roof and mostly Italianate detailing, except for the unadorned arched window that was a typical characteristic. The porch is not original and was added later. The house would have been considered modern in the late 1800s and was a break from the romantic classicism of the time. The building is vacant and deteriorating and has recently changed owners. The new owner plans to demolish the house to construct a new duplex on the site.

UPDATE: Update: The building was demolished on March 22 to make way for a new apartment building. Building materials were not salvaged. This is the third E. Long Street building to be demolished within the past year. 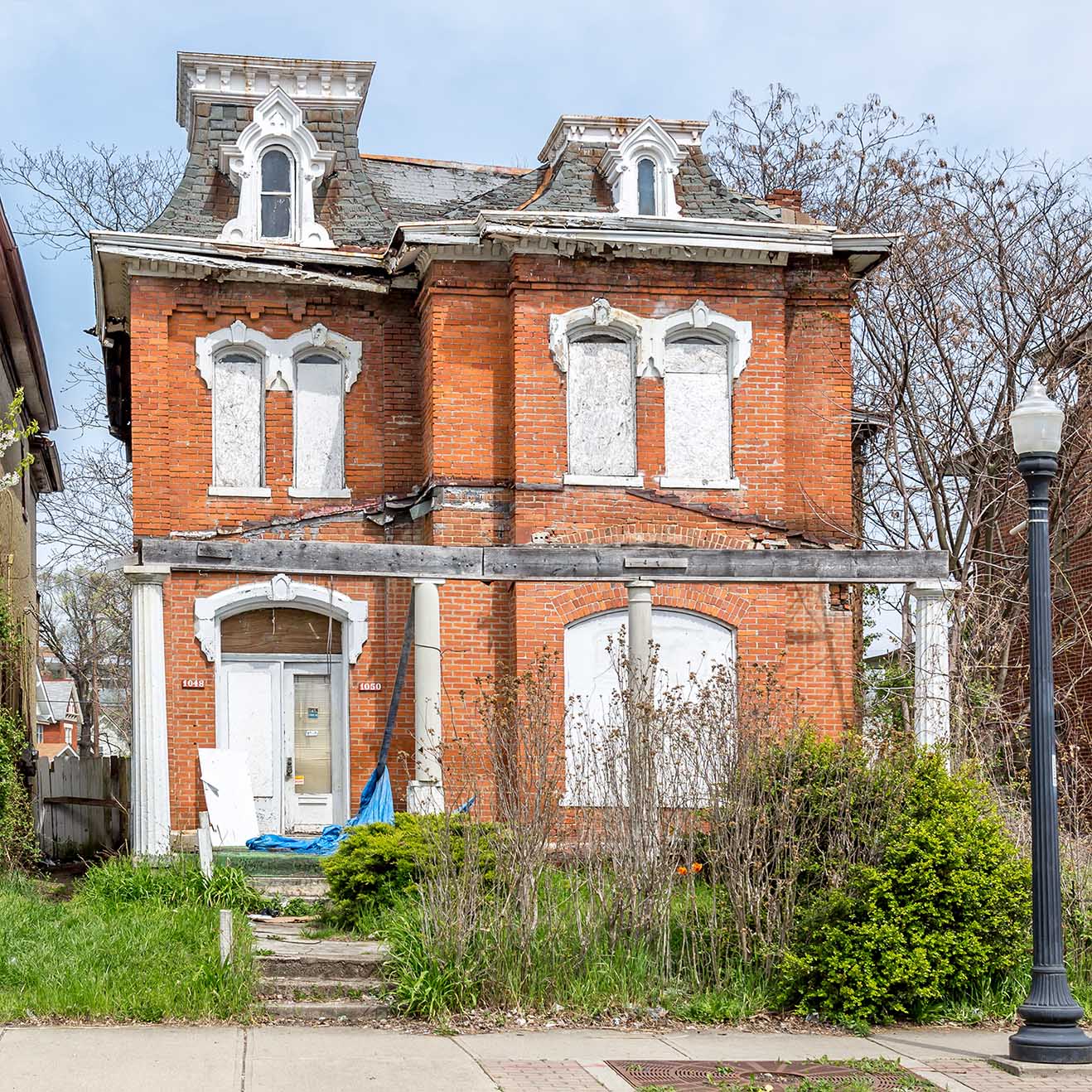 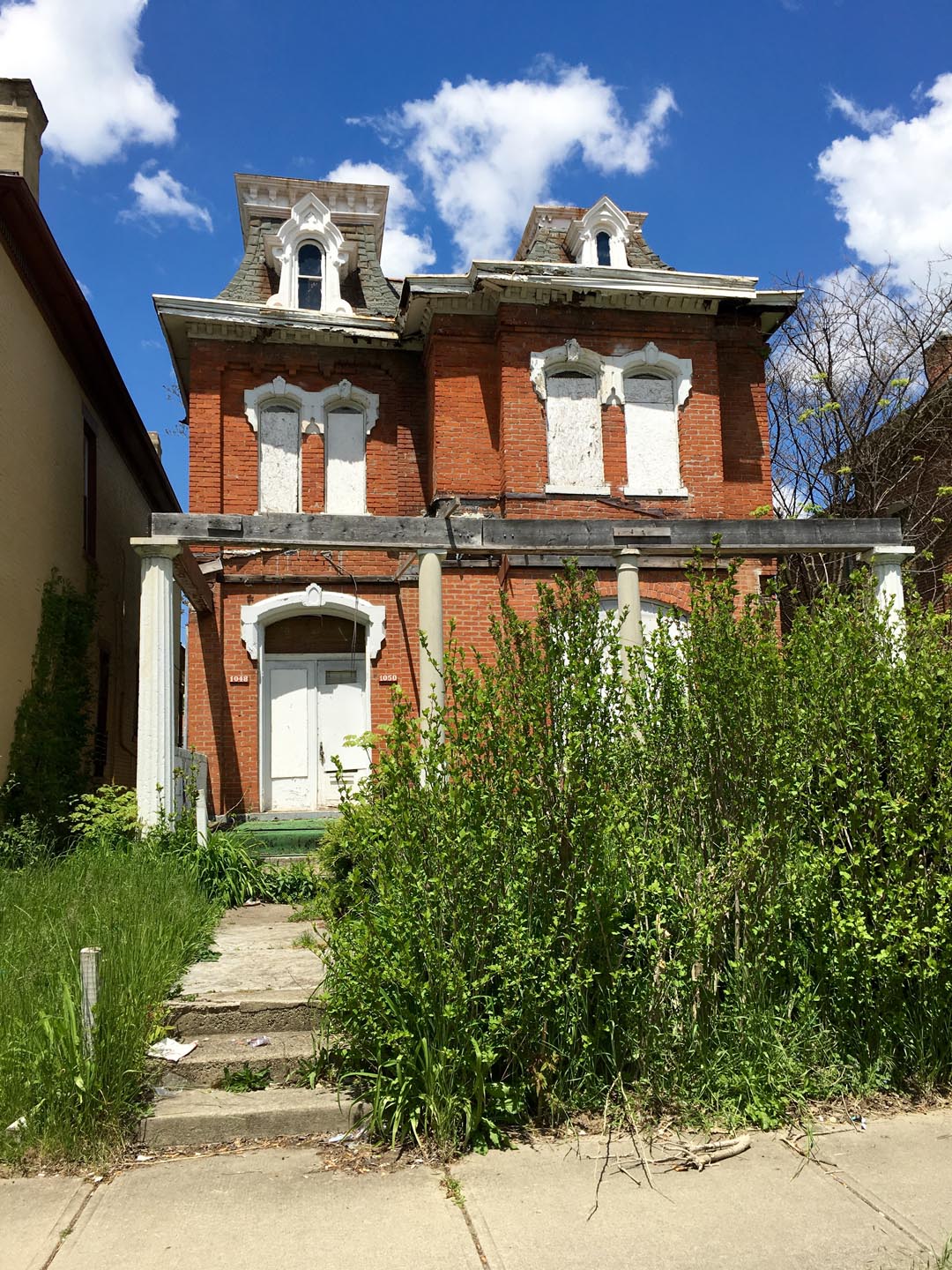 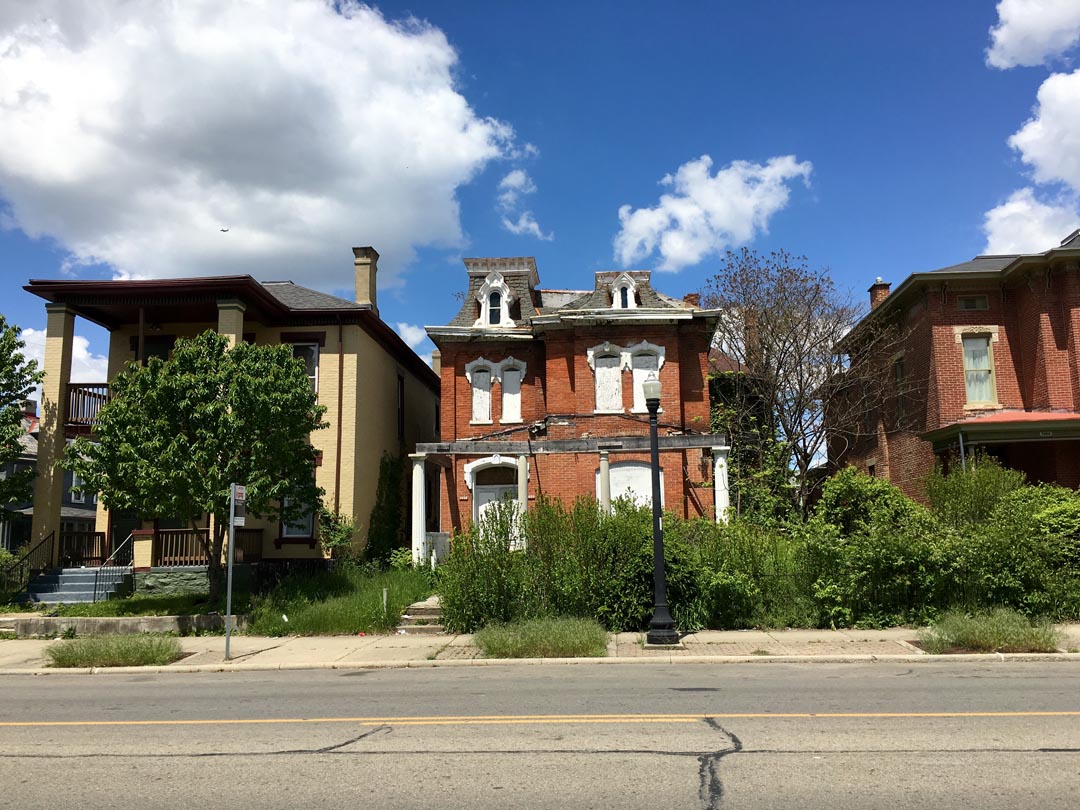 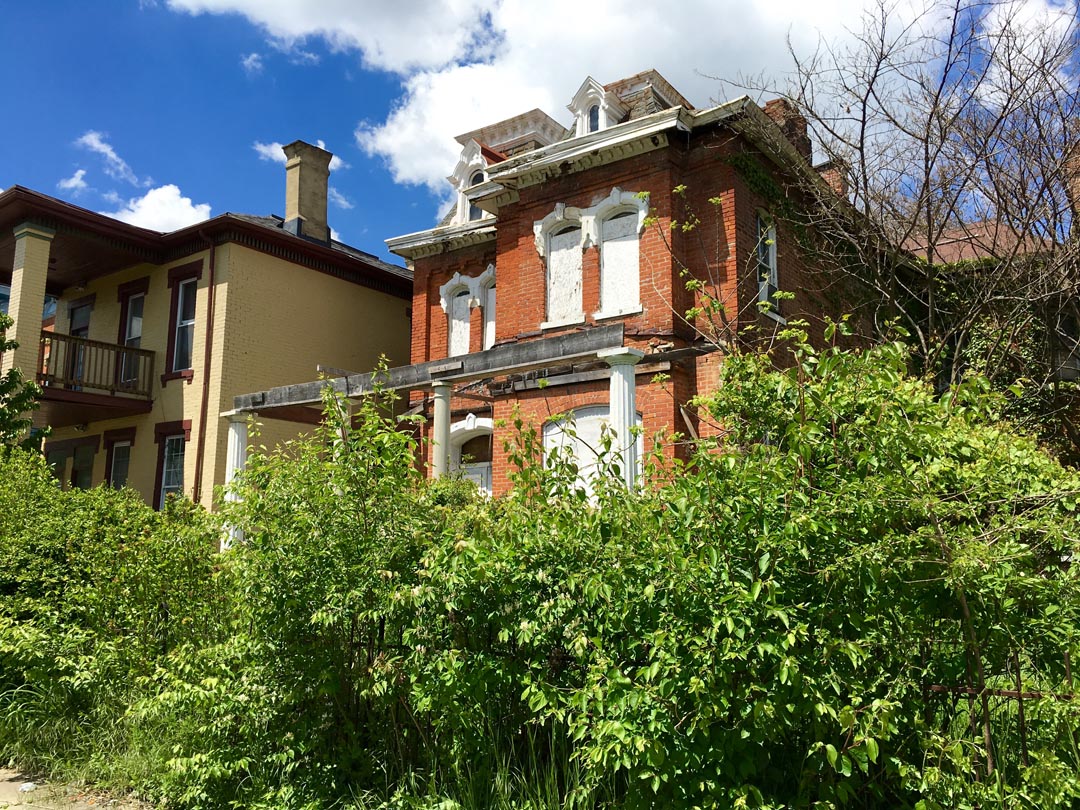 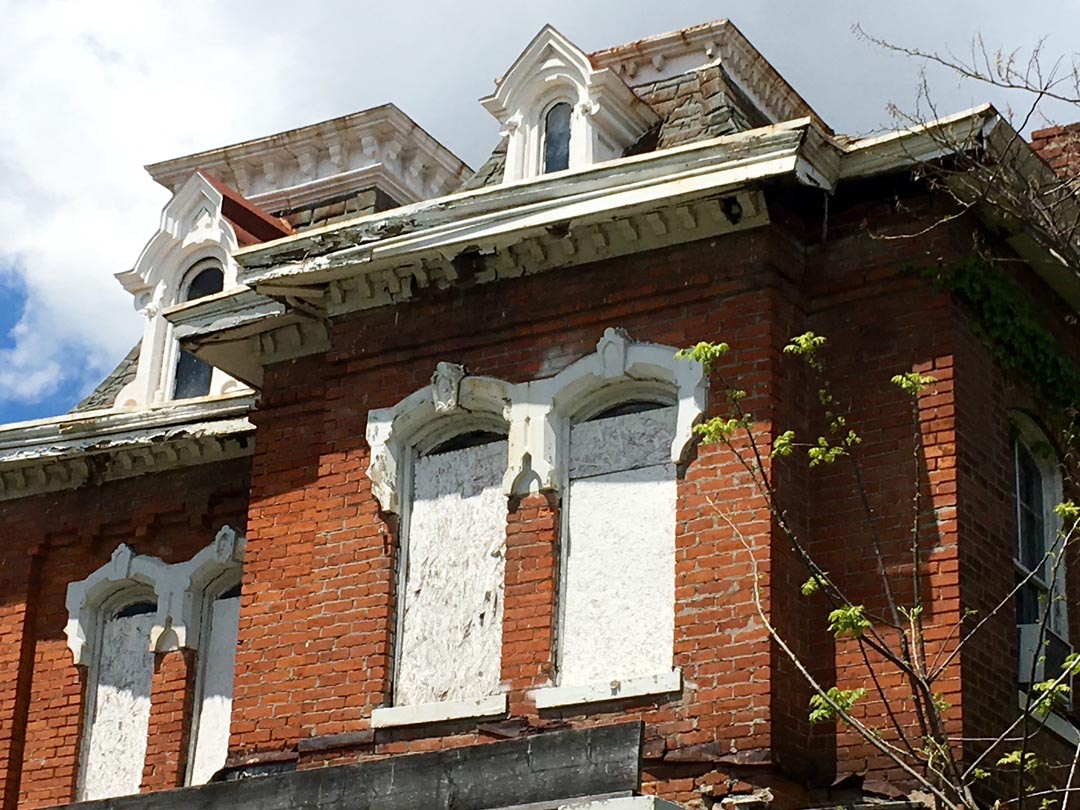 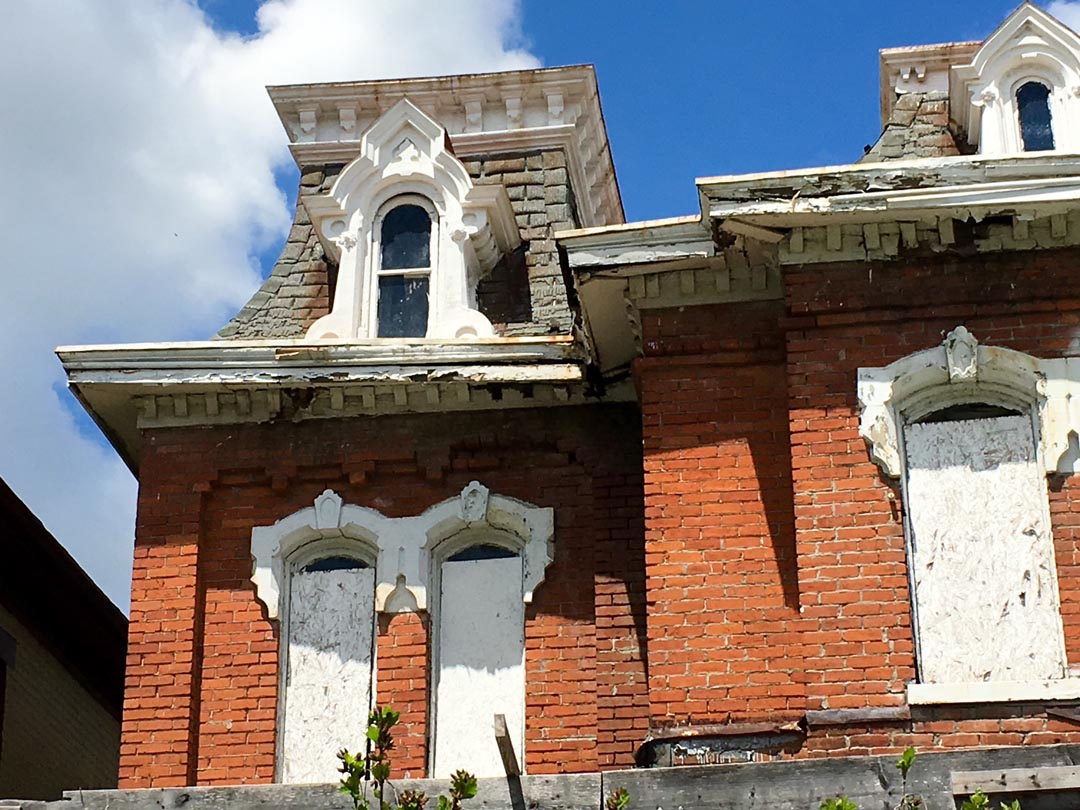 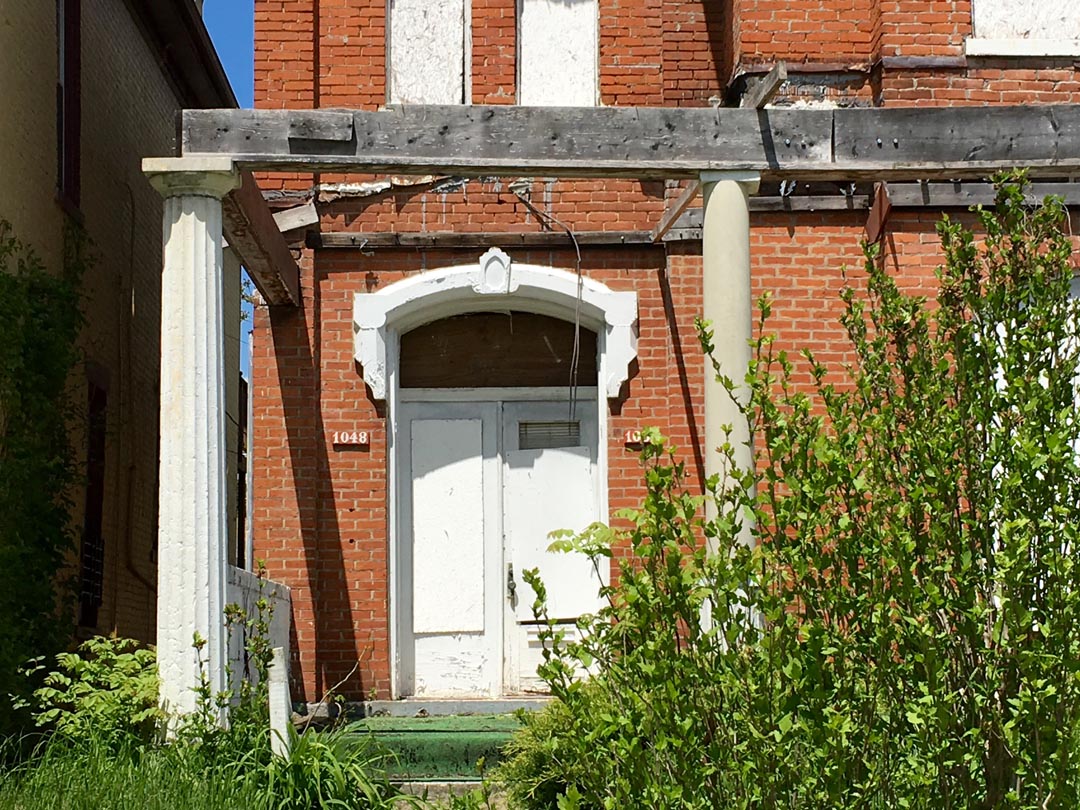 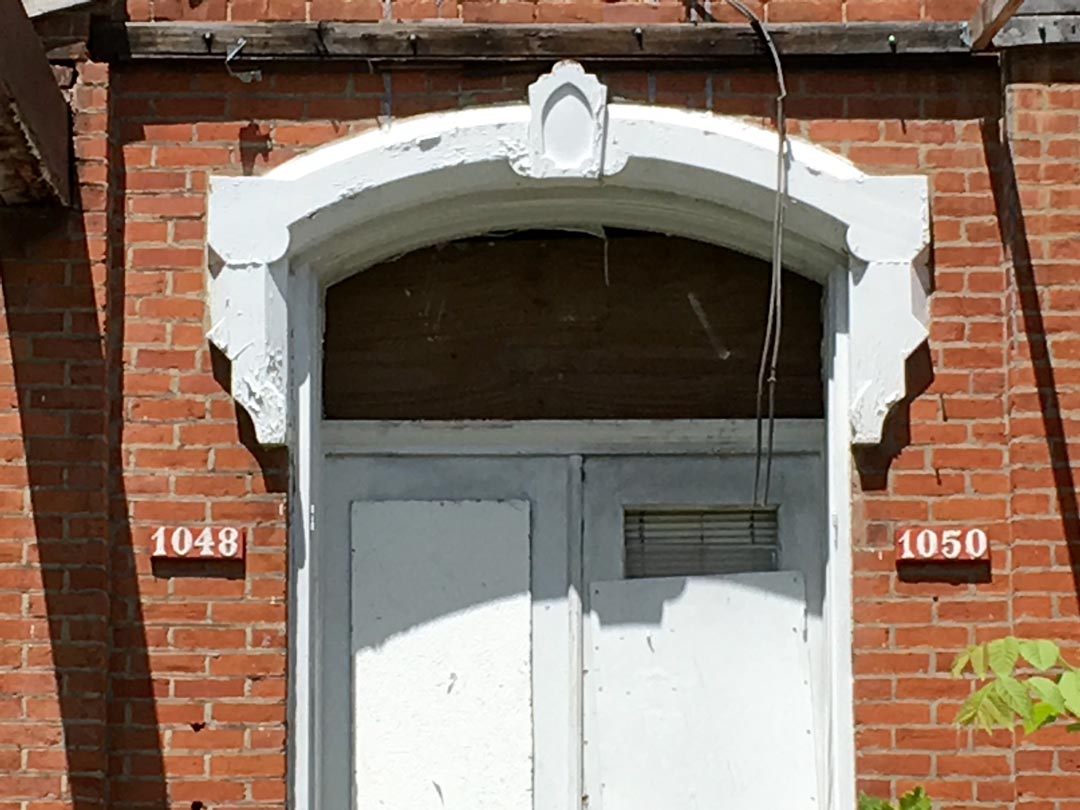 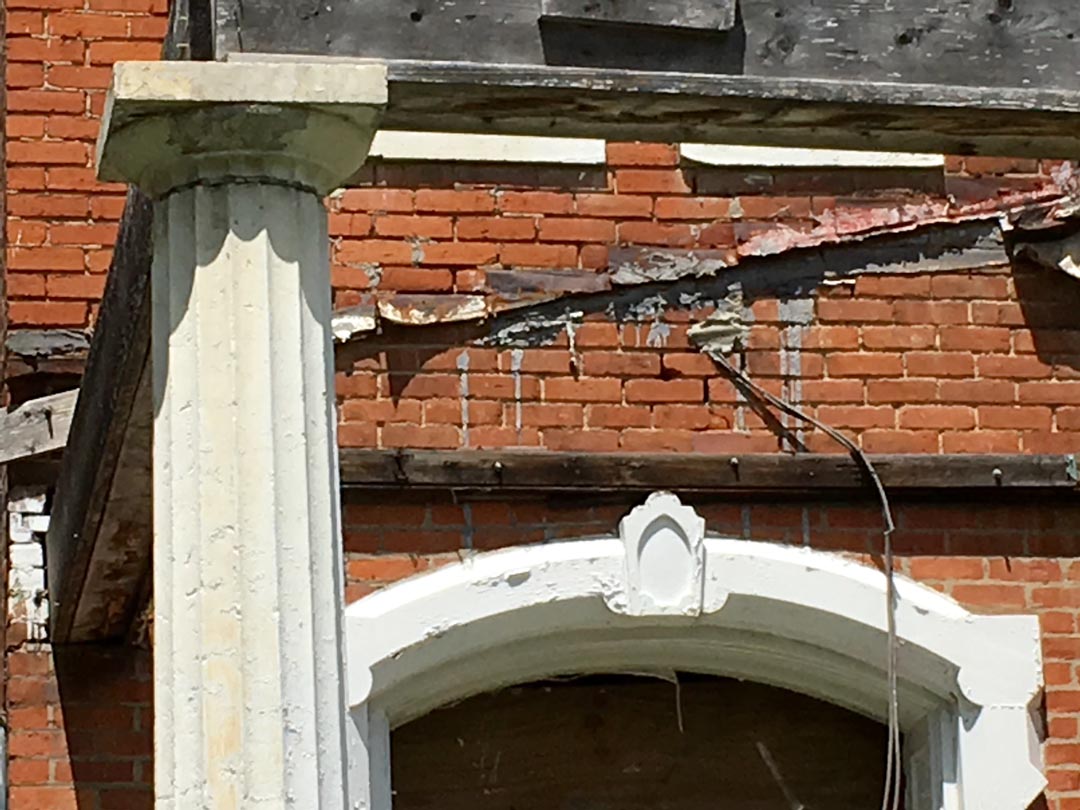 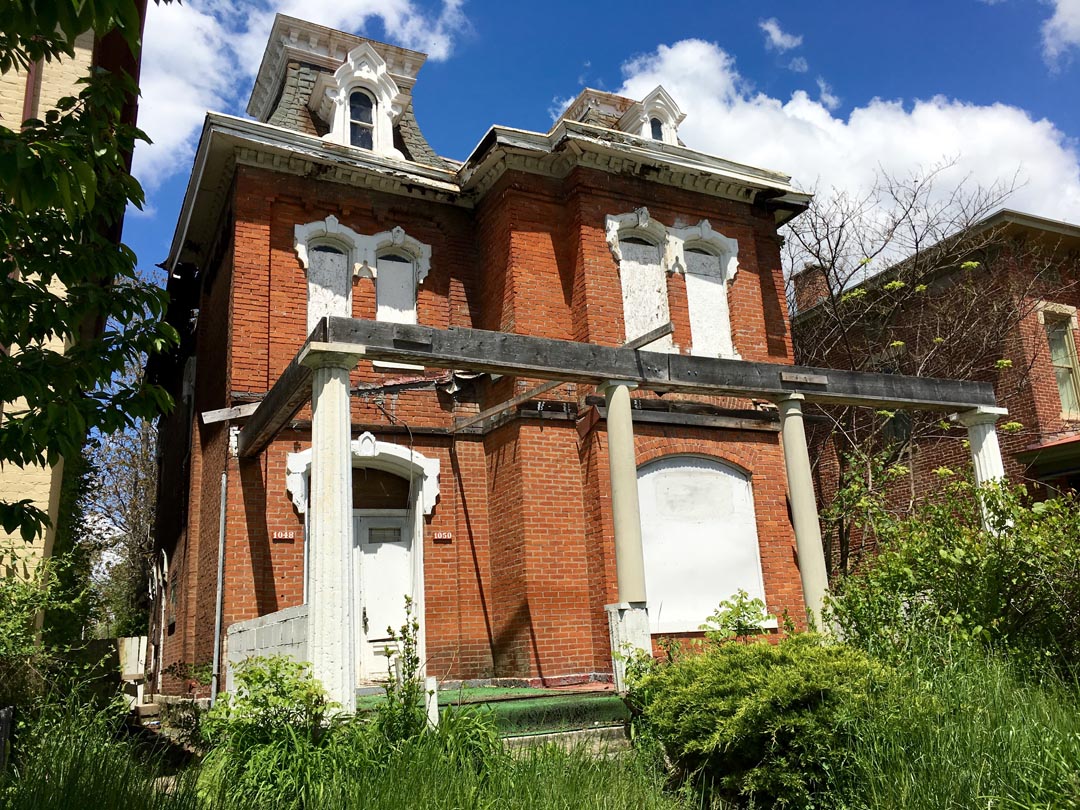