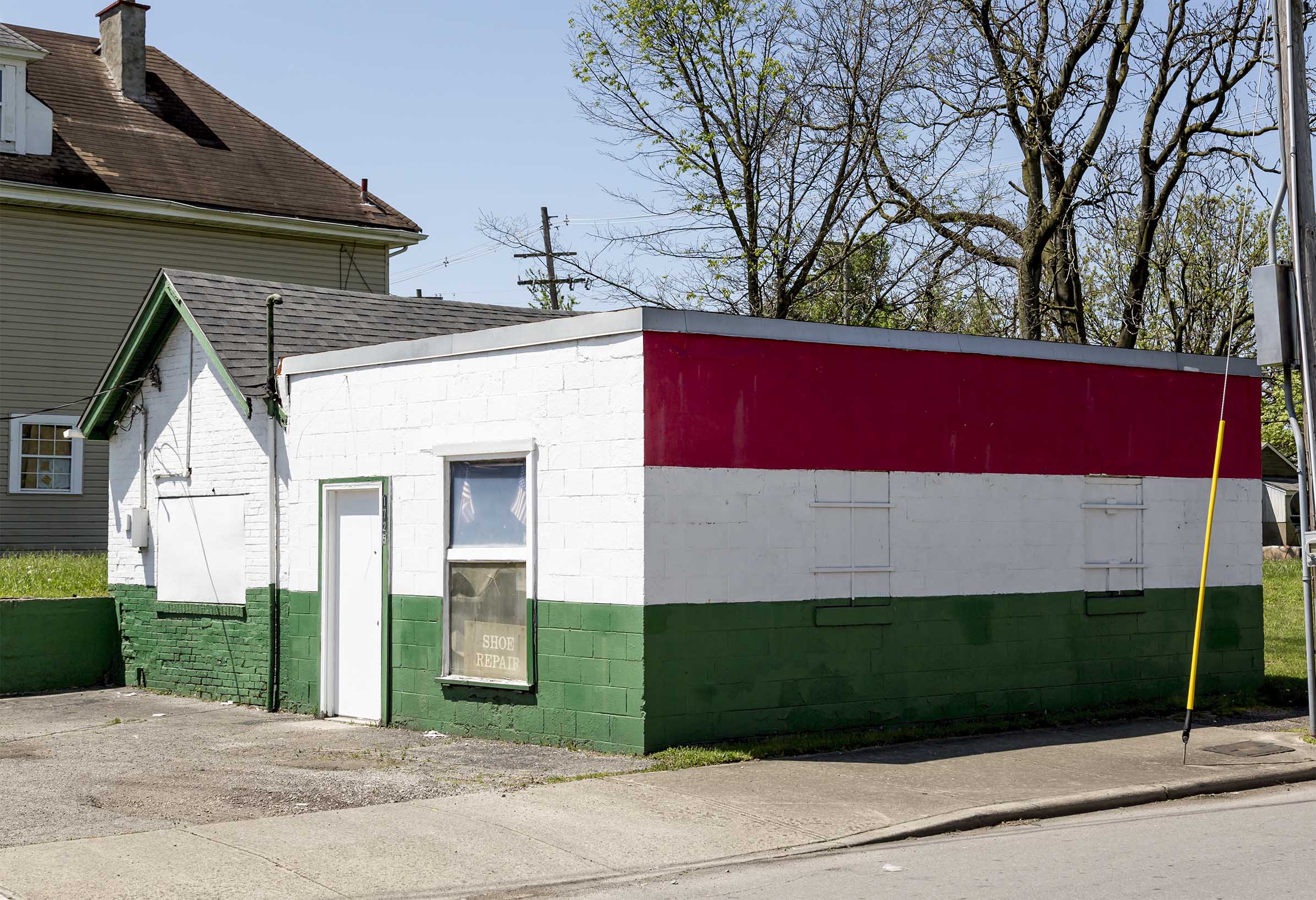 Columbus Landmarks is proud to announce that it has purchased the Nagy Brothers Shoe Repair building at 1725 S. Parsons Ave. in the Hungarian Village neighborhood on the south side of Columbus, Ohio. This is the organization’s first project utilizing its recently established Endangered Properties Fund. Columbus Landmarks worked with the Nagy Family heirs to acquire the historic commercial building for $35,000. With this bargain sale, the family has entrusted Columbus Landmarks to preserve the building and to connect it to a new owner for an appropriate and productive use that respects its important place in local history.

What is the Endangered Properties Fund?

Why the Nagy Shoe Repair Building?

The Nagy Brothers Shoe Repair building was featured on Columbus Landmarks Most Endangered Sites List in 2020 due to vacancy and for its potential for adaptive reuse. The 1932 commercial building is a small, single-story, painted brick and block structure with intact original interior fixtures and equipment. The southern section (with peaked roof) was originally an automobile service station.  Joseph and Steve Nagy, both deceased, purchased the building just after World War II, added on to the building, and operated Nagy Brothers Shoe Repair for 63 years along the Parsons Avenue Business Corridor of Columbus’ South End. Joseph Nagy walked a block from his Hungarian Village home to this shop daily, until his retirement in 2009. The site represents diversity in the city’s cultural inheritance and an opportunity to recognize, remember, and preserve overlooked assets.How does the Endangered Properties Fund work?

Columbus Landmarks entered into an Option to Purchase Agreement with the Nagy Family in November 2021. During the 120-day option period, the organization utilized a combination of donated professional services and paid consulting services to examine the site and building as part of its due diligence. The due diligence included a structural examination, title search, zoning code and development regulations review, historic site eligibility review and economic development due diligence. In December, Columbus Landmarks hosted a community workshop and visioning session that included mapping and site analysis and discussion of desired future uses. The workshop resulted in preliminary sketches of compatible uses for the building and the rear (west) portion of the property as well as an adjacent vacant parcel currently owned by the City of Columbus Land Bank.

What are Columbus Landmarks next steps?

Columbus Landmarks is issuing a Request for Proposals (RFP) soliciting a developer who will commit to the preservation of and vision for the future of the Nagy Shoe Repair building and property. Proposals are due April 29, 2022.