Bob is a founding trustee of Columbus Landmarks and a Fellow of the American Institute of Architects. He is an award-winning preservation design architect at Schooley Caldwell. Bob’s notable projects include the rehabilitation of the Ohio Statehouse; the Thomas J. Moyer Ohio Judicial Center, home to the Ohio Supreme Court; the LeVeque Tower; the Main Library; the Columbus Museum of Art and more. Bob loves to design and create for people and his many public projects are our collective reward.

Bob arrived in Columbus in 1970 to study architecture at Ohio State. He worked diligently to preserve the remaining arch from the overnight, stealth demolition of Union Station in 1976. That effort gave birth to Columbus Landmarks – and an overdue preservation movement in Columbus. Bob was President of Columbus Landmarks when the James B. Recchie Design Award was established in 1984. He has been influential in this organization for 44 years and remains a valued adviser who is is quick with inspiring ideas and solutions. 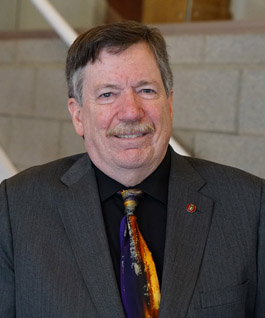 The Legacy Circle honors individuals who wholeheartedly support Columbus Landmarks’ mission. It was established in 2020 with a generous $10,000 donation to Columbus Landmarks from SMBH, Inc. in honor of Bill Lantz, a structural engineer who is dedicated to our mission.  Soon after, friends and associates of Nancy Recchie and Jeff Darbee, career historic preservationists who are synonymous with Columbus Landmarks, continued the tradition of generosity and supported their induction into the Legacy Circle.
Now it is Bob’s turn! Please make your donation to the Legacy Circle today and celebrate an individual who has dedicated his life to the betterment of all of our lives in Columbus.