We are proud to announce that Lou Varga is the winner of the first Ed Lentz Prize! Varga is a video and multi-media producer and owns his own company, Varga Communications. The winning entry is a documentary of the restoration of Rock Mill in Lancaster, Ohio that will air on WOSU-TV later this year.

ROCK MILL Saving An Original explores how the utilitarian structure originally built in 1824 on the precipice of a cliff in the frontier was faithfully restored to remain standing 196 years later and reminds us how man’s ingenuity brings nature and commerce together for a community benefit.

“Although all of the entries demonstrated the importance of historic preservation, ROCK MILL Saving An Original best captured the concept through its entertaining and incredibly rich story,” said Dr. Toni Smith, Adjunct History Professor, Columbus State Community College, and one of the three jurors.  “It was challenging to select just one winner from 15 creative entries, but in the end, Mr. Varga’s work really spoke to each of us on the Jury in a very personal way,” said Matthew Leasure, PLA, AICP, LEED AP and Principal, Designing Local, and juror. David Weaver, Executive Director, Ohioana Library, was the third juror.

The award is named in honor of Ed Lentz, Director Emeritus of Columbus Landmarks, who is well known for teaching, writing and exploring the history of central Ohio. The annual $500 prize is made possible by the generosity of multiple donors who contributed to the Columbus Landmarks Foundation Ed Lentz Prize Endowment Fund at The Columbus Foundation. The cash prize will be awarded annually to the individual who submits the best presentation for providing a better understanding of the history, architecture and/or importance of historic preservation in central Ohio. 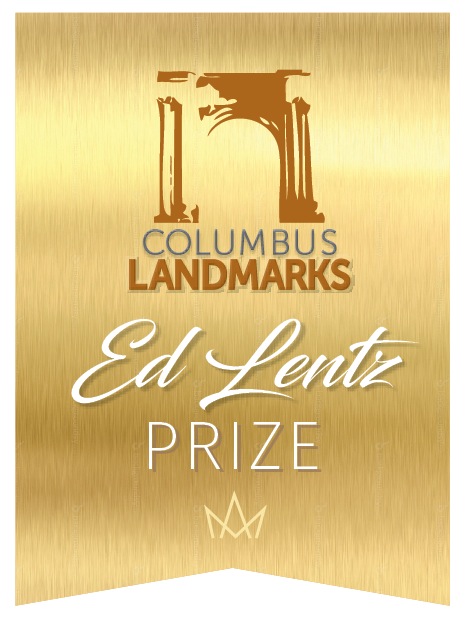 my great great great grandfather James Brooke was millwright for Rockmill. All the literature has his last name spelled wrong. I would love to Mr. Lentz the producer of Rockmill Saving an Original.