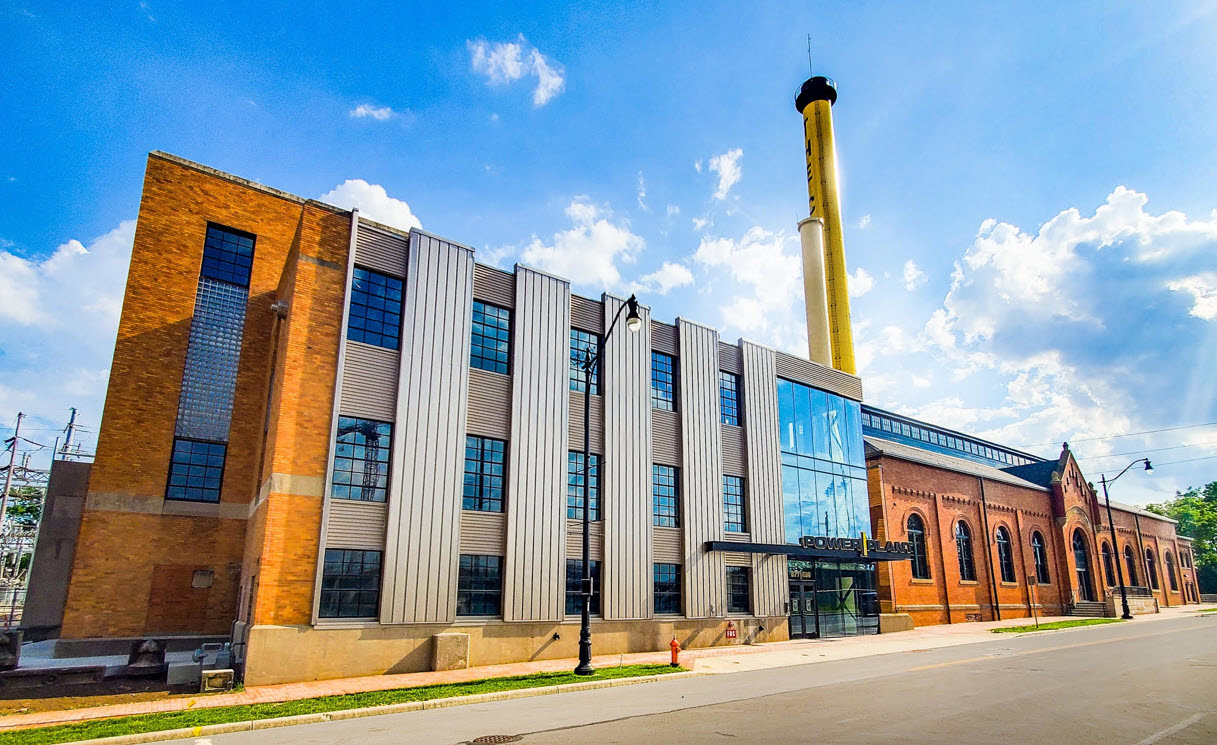 Columbus Landmarks announced the winner of the 2022 James B. Recchie Design Award, recognizing excellence in urban design. The annual award is given in honor of the late James B. Recchie, a founding trustee. The winner is the Municipal Light Plant, owned by Connect Realty and designed by Sandvick Architects, Inc. The Columbus Municipal Light Plant was constructed in 1903 near the meeting place of the Scioto and Olentangy Rivers, in the heart of Ohio’s capital city. The plant served the city for over seven decades, until it became outmoded and closed in 1977. After decades of vacancy, the derelict Columbus Division of Electricity Municipal Power Plant has been preserved and transformed into a new use. Even before construction could begin over 2,000 tons of material had to be removed from the site. High quality materials were used throughout and iconic features such as the hoppers, hopper doors, interior cranes, rail tracks and the tall smokestack have been preserved.The three-member jury noted that “This is an example of a building that could have been lost, but instead it has been reimagined in a way that took creative thinking and attention to detail. The building honors its history through the integration of industrial artifacts throughout, including turning the suspended coal hopper into office space. This project demonstrates how even the most derelict industrial building can be brought back to life.” The 2022 award jurors were Alison Circle (retired Columbus Metropolitan Library, directed three Recchie Award-winning projects; CLF Board Member); Edwin Harris, AIA (Principal and Co-Founder of Evoke Studio, Durham, N.C.); and Eugenia Martin, FASLA (National President of American Society of Landscape Architects; Project Director, Wexner Medical Center; past member of the screening committee). The four other finalists for this year’s award were Budd Dairy; Mirror Lake; Open Air School; and The Franklinton Slingshot. “This year’s finalists continue the tradition of showcasing the creative and significant projects that are being undertaken in Columbus and their contributions to the quality of our built environment,” said Nancy Recchie, sister of the award’s namesake.

THANK YOU TO OUR SPONSORS