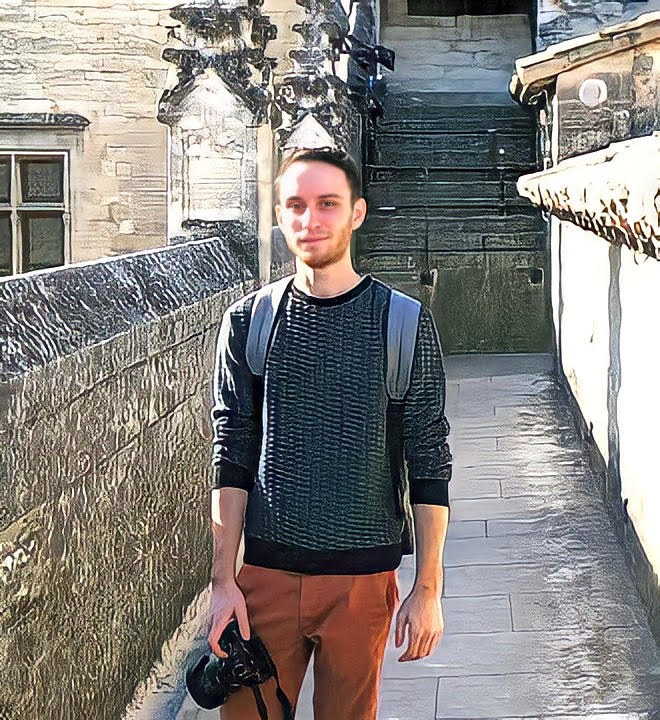 Michael Feist has been a researcher and writer for 13 years, documenting local history and culture in various cities. When he moved to Columbus in 2018, he was determined to learn the history and legacy of our community, but struggled to find accurate text and photos online. The “Columbus Neighborhoods" WOSU program was an inspiring way to learn about each neighborhood, and motivated Michael to make Columbus a new model city documented thoroughly on Wikipedia.

Michael’s volunteer project of historical research, photography, and writing created a guide to the history, geography and life of the city. He has produced approximately 430 Wikipedia articles about Columbus, which included creating or rewriting 243 new articles, redeveloping 37 more, and improving an additional 151.

Michael’s work cemented free public access to our history, providing a wealth of facts, data, photographs, references, and dates for almost every place of note in Columbus. As a result of his thorough research, Michael has uncovered forgotten details that change how we view many historic sites.

Michael credits his research findings on the robust and accessible archive of published materials that exist online and available at the Library of Congress, National Archives, HathiTrust, the Columbus Metropolitan Library, Internet Archive, NewsBank, Google Books, Newspapers.com, USModernist, and more.

The jury found Michael’s contribution to Wikipedia to be historically accurate, informative and valuable as a public resource. “Michael Feist’s prize-winning submission is a capstone project that provides a reliable, accessible knowledge base for anyone interested in the history and culture of the built environment in central Ohio." stated juror Charles Rowan, Ohio Department of Natural Resources, Legal Advisor.

“Michael Feist’s use of Wikipedia as a tool for promoting a greater understanding of Columbus history is innovative, well-researched and deserving of the 2022 Ed Lentz Prize.” said juror Angela O’Neal, Columbus Metropolitan Library, Local History and Genealogy Manager. Juror Alison Circle, Columbus Landmarks Board Member added, “What sets this entry apart is the depth and breadth of Michael Feist’s commitment — as an amateur historian — to dedicate himself to document the built environment of Columbus via a format that is easily available to anyone."

Sincere thanks to all who entered and congratulations to Michael!

The award is named in honor of Ed Lentz, Director Emeritus of Columbus Landmarks, who is well known for teaching, writing and exploring the history of central Ohio. The annual $500 prize is made possible by the generosity of multiple donors who contributed to the Columbus Landmarks Foundation Ed Lentz Prize Endowment Fund at The Columbus Foundation. The cash prize will be awarded annually to the individual who submits the best presentation for providing a better understanding of the history, architecture and/or importance of historic preservation in central Ohio.

Great work Mike! I hope to attend the award ceremony! Best wishes for a bright future.